Home 3 Tricks for Staying Motivated on a Run

3 Tricks for Staying Motivated on a Run 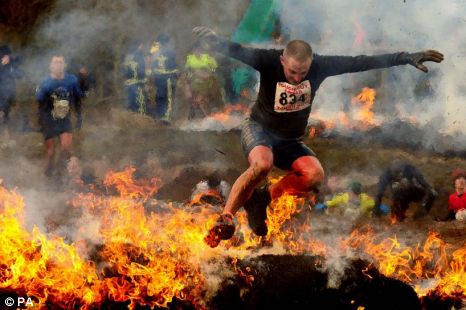 (besides running through fire)

A mile-and-a-half-in is when it always hits me. Like clockwork, I’m overcome by an intense desire to just stop running and start walking. My once smooth stride suddenly morphs from zebra-like fluidity to giraffe-like waddling. My breathing degrades from the quiet calm of a yogi to that of a rookie sucking smoke on the fireline for the first time. In short – everything starts to fall apart and my mind starts rationalizing cutting the run short. “Everything’s off today. You’re out of sync, just circle back and head back to the barn. You’ll feel better tomorrow. Let’s just go home.” Fifteen minutes ago, I was gung-ho about racking off 5 miles. Now, the mere thought of just one more quarter mile stretch is agonizing.

While it pains me to admit it – I think my body is inherently lazy and disapproves of the workout regimen that I regularly submit it. This is unfortunate, and one of many reasons why a career as a Navy SEAL never would have worked out for me. Fortunately for me (and for you!), our bodies are easily fooled. When I’m out on the trail and I suddenly start to suffer from an intense case of runner’s depression, I can always rely on these tricks to help me out.

Imagine Yourself Doing Something Heroic

I have this ridiculous and absurd day dream that I go back to regularly. Granted, it’s not as ridiculous as half that stuff that Howie Long does in Firestorm, but it’s close. Basically, it involves me running into a burning structure being threatened on all sides by fire, there are dozens of firewhirls swirling about and of course, there’s a little girl trapped in the house that needs saving. I valiantly charge in and after many intense moments spent battling smoke and heat, I come out – barely – covered and soot with the little girl in my arms. Naturally, the entire white house press corps just happens to be at this house in the middle of the woods. And then my wife shows up, gives me a big hug, we make out for a bit and it’s pretty awesome. It’s absolutely absurd, but it’s a day dream and I can’t believe that I’m the only one who has these thoughts. I run that scenario over and over again in my mind and honest to God, I feel instantly better. My steps feel lighter, it’s almost like a sudden adrenaline kick. So the next time you’re out on the trail, picture yourself doing something badass like killing Bin Laden in a pistol duel or jumping out of a helicopter into a lake to rescue a drowning a Scarlett Johansson. ANYTHING – and honestly, the more ridiculous the better. 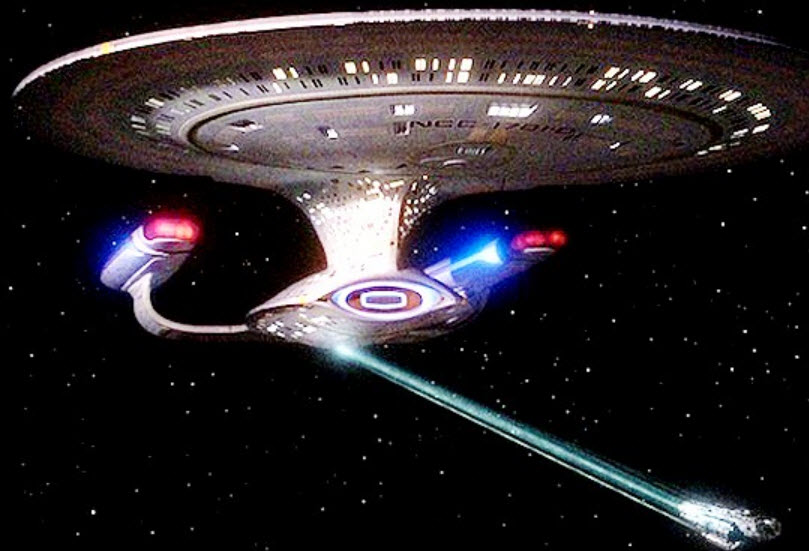 My old man used to run marathons and he passed down this old trick to me. He used it primarily on brutal hills and he said it helped get him up Heartbreak Hill every time on the Boston Marathon. It’s simple – look up ahead about 50 yards or so and just lock your eyesight on to something in the distance. Telephone poles work, big trees, mighty rocks, parked cars – anything that you can just stare at and go into auto-pilot on. Once you’ve locked on to the target, imagine that this thing is pulling you up the hill. You’re powerless to fight it. Loosen your muscles and just let it pull you up the hill. It sounds absolutely ridiculous, but it honestly, it helps. And it beats just staring at the pavement in front of you, watching each miserable step you take.

Pick Up the Pace

If you’re giving your mind enough time to contemplate quitting, you’re cruising. Which is fine…up until the point when your mind stops enjoying the ride and starts bitching. When that happens, I respond with an old quip that generations of fathers have responded with when faced with whiny children. “Oh, you want something to cry about? I’ll give you something to cry about!” And that’s when I turn up the gas. Everything suddenly hurts 10x worse – but I grit my teeth and smile and start having some terribly masochistic self-talk. The kind of self-talk that, if revealed to a Psychiatrist in a counseling session, might land one in a state hospital for observation. Suddenly, the misery is energizing. I’ve turned the tables and what was once a source of misery has now been co-opted into a source of inspiration.