Home A Career in Fire

A Career in Fire

So you want to be a firefighter, huh? 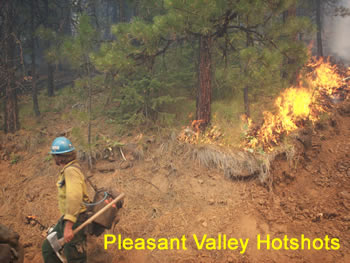 If you’re alright with the idea of walking into the most pristine back county you’ve ever laid eyes on…then setting it on fire with a drip torch, you were born to be a wildland firefighter.

It’s important to remember that the vast majority of forest firefighting jobs are “seasonal.” Which means you’re contracted for a 6-month fire season. However, when your fire season begins varies dramatically by region. If you’re looking to work in Northern California (Region 5), you most likely won’t be asked to report to your work station until the middle of May. But if you’re interested in fighting fire in Arizona or New Mexico (Region 3) you’ll be expected to start much earlier – most likely sometime in March.

So if you aspire to be a sawyer with the Pleasant Valley Hotshots on the Tonto National Forest in Arizona – you have 6 weeks less to train than if you were you interested in applying for a position with the Feather River Hotshots on the Plumas National Forest in California. So plan your physical training accordingly – there’s zero excuse for showing up to work out of shape!

We have put together some resources to help you land a job on a hotshot crew.